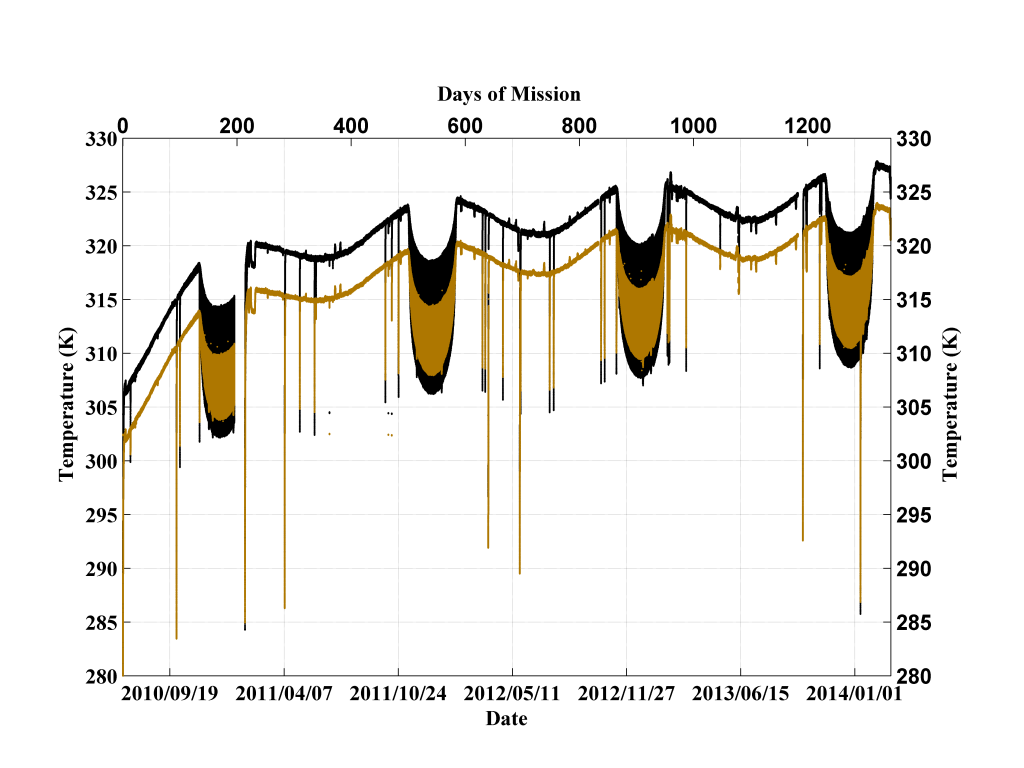 The space acquired level 0 data file is merged together and calibrated into temperature with (kelvin).  The figure is plotted from level_1 version_01 data file. 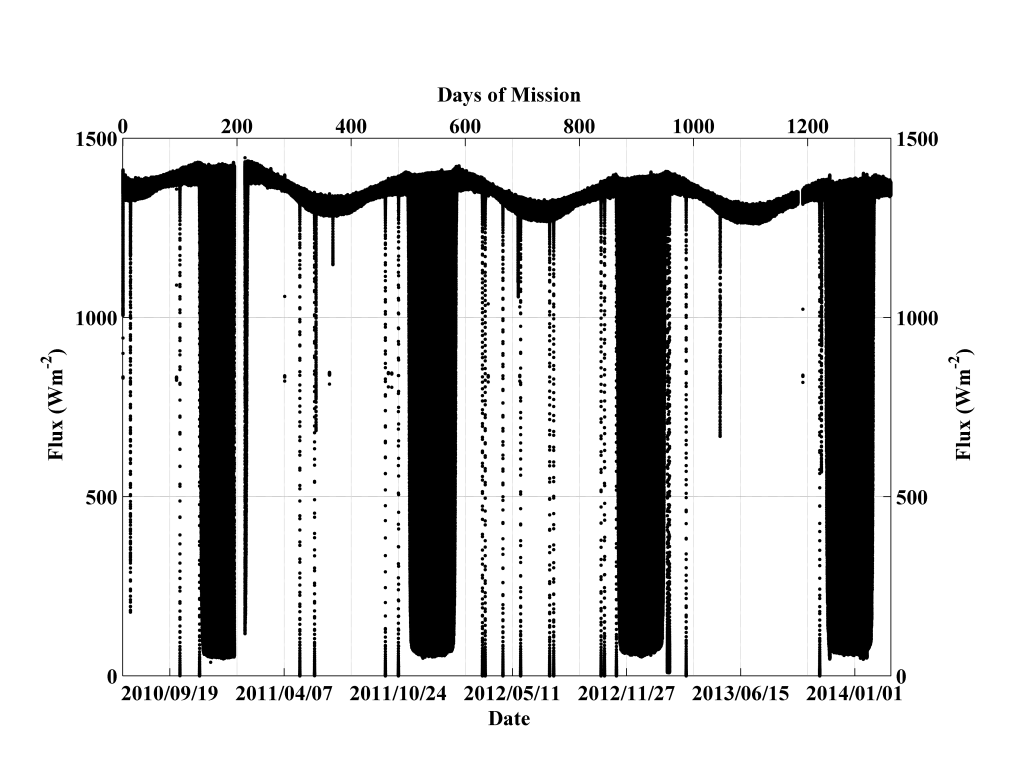 The level 2 data file is calculated based on the level 1 data set. The figure is the plot of level_2 version_01 data file. 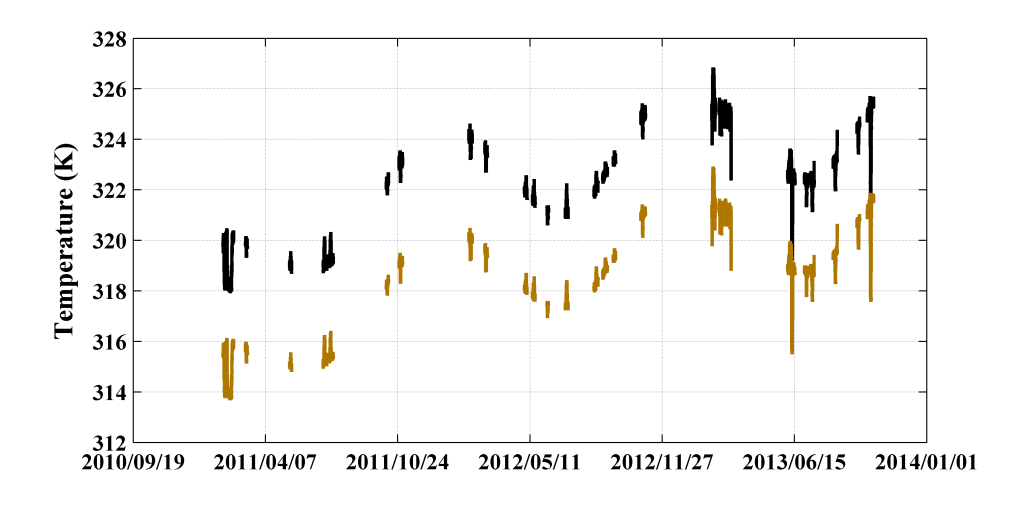 Temperature measured during the satellite rotating along its Sun pointing axis. The three long term periodical variation is a modulation by the Sun-Satellite distance change. Black (T1), Brown(T2) 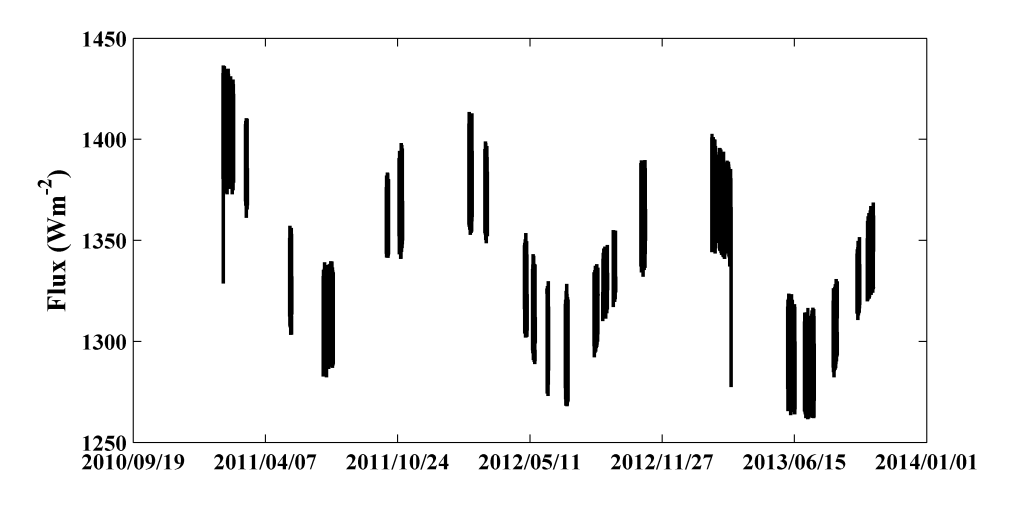 The flux is computed from two temperature measurements of BOS. The temperatures are plotted at upper figure. 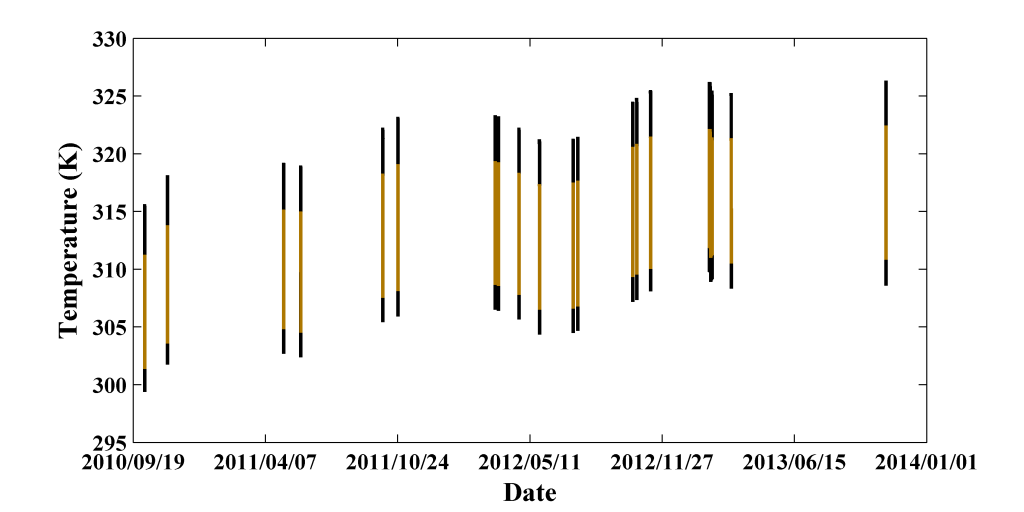 The temperature measurements during stellar pointing. It is an operation for the calibration purpose. Black solid line T1, brown solid line T1. 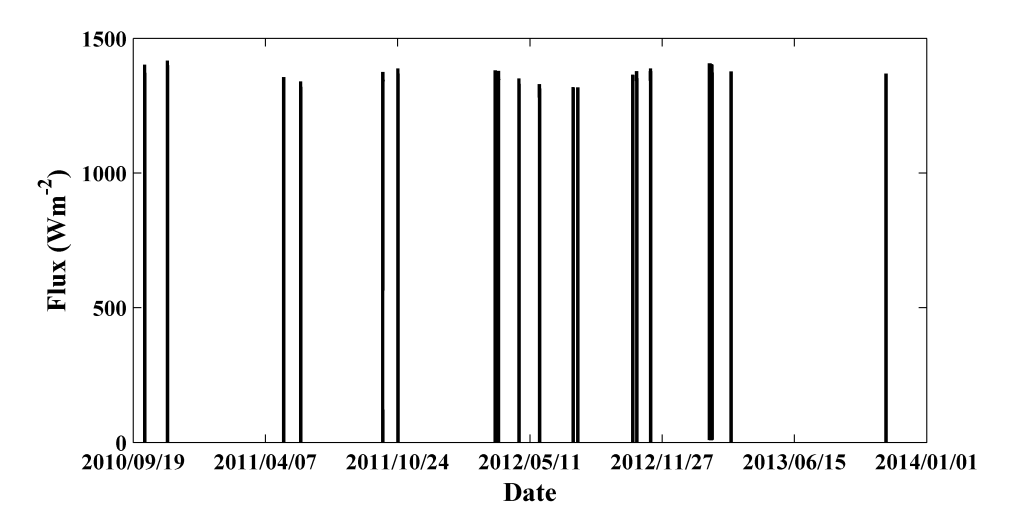 The flux is computed from the temperature measurements T1 and T2. 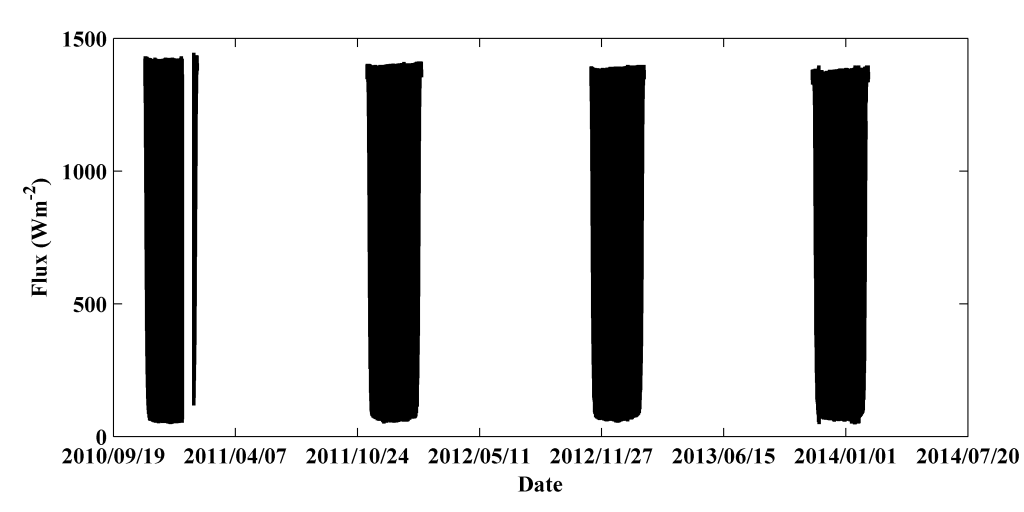 The occultation is observed during entire PICARD mission. The gaps in the first occultation is vacance of PICARD. It is induced by the false of telemetry. 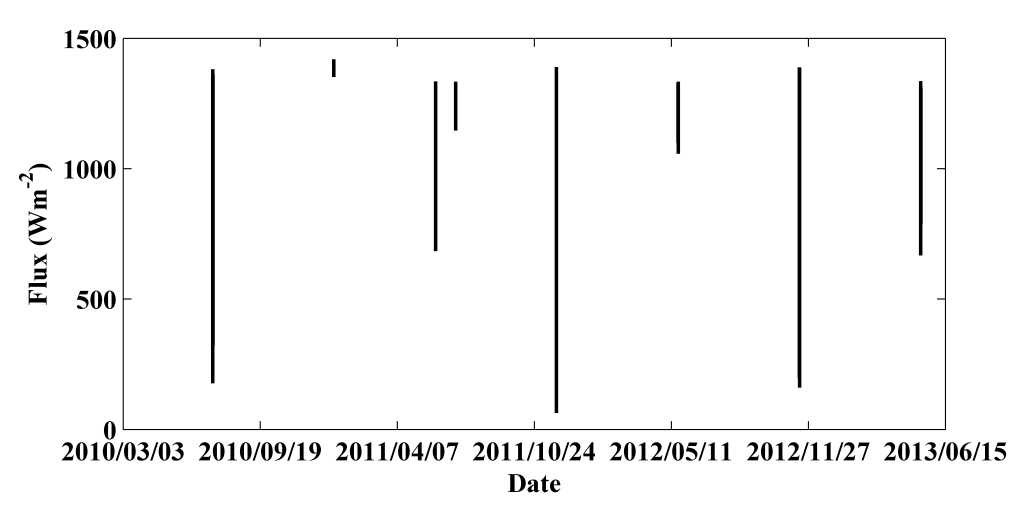