PICARD satellite was launched on June 15, 2010.  It is orbiting Earth in a nearly circle Sun-syncoronous orbit.  Some facts about the PICARD mission.

The missionary duty cycle of Bolometric Oscillation Sensor is started on 28 June, 2010.  The plot below shows calibrated N1-level data.  The dark solid line is the

, which is the temperature of the black coated main detector

, and the brown solid line is

, which is temperature measured at the junction between the mass

.   The annual Sun-Earth distance modulation is clearly seen from the curve. In addition to the nominal observation in space (Sun is fully visible in front of  BOS),  five kinds of measurements is separately marked. 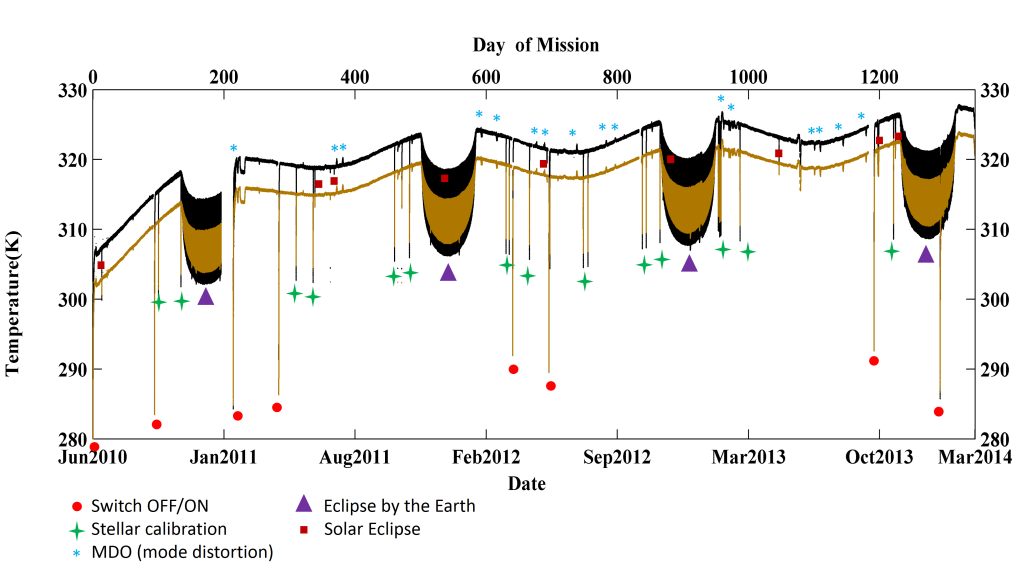 The missionary duty cycle of BOS is started on 28 June, 2010. The sensor is continuously observing for 1346 days till 4 March, 2014. Thanks to the stability of the platform, the BOS has a very good health. The unit of temperature is Kelvin,

, which is the calibrated reading from NTC

The space  acquired data is defined in mainly three levels.  The  level-0 (N0) is the original data. It is directly downloaded from PICARD satellite. The date rate of the BOS sensor is relative low. The  instrument is produced about 1 MB science data. The original N0 data file is kept in three institutions (See the sketch below).  The level-1(N1) and level-2(N2) data is obtained with the following process: 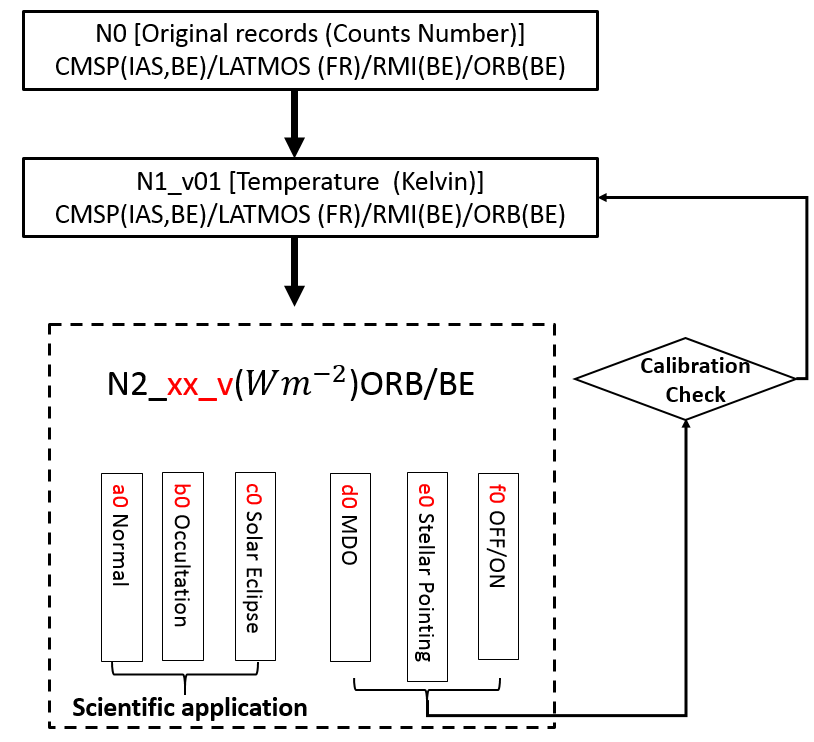 Pipe line of the data pre-processing.

The operation modes of PICARD is mainly covered: